The Pathway to The Next

If you’re not already familiar with The Seven Events of the Apocalypse (also known as The Prophecy of Macaper) – you’re in luck. I wrote an overview of this key piece of New Eden lore for Crossing Zebras. You should go read it, then come back here.

Back? OK, so now that you know what the Prophecy is and some of its background, you’ll notice that in the CZ writeup I didn’t spend a lot of time on what my personal beliefs are around it. I prefer to keep the crazier parts of my crystal ball gazing and tinfoil hattery right here at home. So since we’re here, let’s speculate a bit.

From the Formless Void, There Springs an Entity

The first three events are pretty much not in dispute, so we’ll start with #4. The fourth event as listed in the chronicle is, in my opinion, pretty misleading. It is a perfect example of why what we really need is the full text, not just these snippets. The chronicle lists “the appetite of nothing expands over the world.” In fact, this is just one phrase in a much larger scenario that is covered in the Erebus description, and it spends a great deal more time on something entirely different: The Entity.

“From the formless void’s gaping maw, there springs an entity. Not an entity such as any you can conceive of, nor I; an entity more primordial than the elements themselves, yet constantly coming into existence even as it is destroyed. It is the Child of Chaos, the Pathway to the Next.”

In fact, the mention of the darkness and the appetite of nothing is clearly stated as something that happens AFTER the entity!

Over the course of time, I have slowly but surely come to believe that The Entity is The Other – a creature born of pure thought and AI deep within the Sleeper Construct, desperate to get out and into the human (or Jovian) world. This seems probable for several reasons.

The appetite of nothing is just the icing on the cake. Macaper’s prophecies seem to have a poor grip on geography – when she says in earlier events that “a roaring stone silences the world,” she literally meant a single world, not the entire known set of worlds. So it can be safely assumed that “the appetite of nothing expands over the world” could mean one world, not all worlds or the universe. The key question is, what phenomenon is both the appetite of nothing and the formless void? The Seyllin Incident and opening of wormhole space are a pretty good bet, and their clear connection to the actions of The Other make this one feel pretty solid to me.

Theory: The Fourth Event is actually a combination of related events: The birth of The Other, his escape to New Eden, and the Seyllin Incident.

The Little Brother Is Good At Math 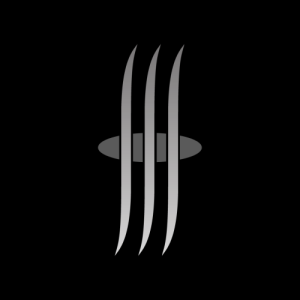 The fifth event, “the little brother makes the final sorrowful steps home; he is not welcome”. With CCP’s recent EVE Online Now post linking this quote with the new Drifter battleship, it seems very likely that the Drifters are the fulfillment of the fifth event. But how does this make them “little brother”?

We still have a lot to learn about the Drifters – who they are, why they are technically “Jove”, what the integral-like symbol is that adorns their ships. I recommend reading Tarek Raimo’s excellent summary of the Jove, which describes some of their trials and tribulations. The simple fact is that the Jove were a very fractious lot in their First and Second Empires. There was infighting on all sides and both of these empires collapsed in internecine warfare.

At some point, the Sleepers packed up their stuff and headed out. At another, the Enheduanni began to split from the main Jove. It is entirely possible that the ancient race of Yan Jung were also of Jovian descent, although this was never conclusively stated in any canon source. But the most likely culprits were none of these.

One group of potential Jove descendants are acknowledged to be “masters of Spatial Manipulation and Hypereuclidean Mathematics.” One group has mastered the art of extreme travel via self-made gates and wormholes. One group has intimate ties with the Sleepers as well as their own things. That group is the Talocan.

CCP has given many signposts to this. This link on EVE Online Now gives three entirely separate hints:

Most of the remaining recent hints from EVE Online now have been of two sorts: Jamyl Sarum giving cryptic warnings about messing with the Sleepers, side by side with quotes from Charles Darwin and statements on the criticality of being adaptable. These two dovetail nicely with the Talocan – their sites in known space are ancient, and their sites in wormhole space look little newer. But it is clear that they were Sleeper linked, and not necessarily in a good way. The suggestion in the wormhole relics is that the Talocan were somehow forced to adapt to adverse circumstances.

Theory: The Little Brother is the Drifters, otherwise known as the decendents of the Talocan. Some catastrophic event forced them to begin a long, atypical migration home – possibly taking “the long way home” from w-space via the slow boat method or as more nearby refugees from the events of Caroline’s Star.

It Depends What You Mean By “One”

The sixth event, “what was many now becomes one when one becomes four” I will admit frankly that the jury is still out – we simply don’t have enough information. It is so vague, so widely applicable, that I believe that we won’t really know until it hits us what this is about.

My suspicion is that this will eventually relate to the new stargates in some way. Maybe it will be that many parts are required to make that first gate, and the gate makes some sort of four-way connection. Maybe it will be legions of separated capsuleers and factions coming together to fight a Jovian or Sleeper empire split between four Jovian subfactions.

On a brief aside note, the “Jove” on Sisi apparently have had an architectural meltdown – none of their stuff matches. I do think that we’re going to see a split in the Jovian line. The old Jove ships and stations don’t match the Sleepers (and Seekers) don’t match the newly-revealed Drifter battleship and massive “listening stations” (which upon further review do match each other). These stations might even be Enheduanni – it would explain why the ships are scanning them, plus the stations’ weird there-one-minute-gone-the-next behavior is almost quantum-like in behavior. Where have I heard that before … oh yeah, Theodicy. Where the Jovian Grious says, “The technology of the Enheduanni is much more advanced than our own. They possess absolute mastery of quantum physics and particle science, and the telltale sign of their presence is non-linear teleportation.”

To add fuel to the fire, there has been a behavioral evolution of the Drifter battleship on the Singularity test server. A week ago, the Drifters were acting like companions, guardians to the Circadian Seekers (which are obviously Sleeper ships from a design point of view). Now, the Drifters seem indifferent to the Seekers – when the Seekers warp in, the Drifters warp out, sometimes together and sometimes separate … and both are scanning the gigantic listening stations.

So the four could even be Talocan, Sleeper, Enheduanni and (classic) Jove. But for now, it’s too soon to tell.

Return of the Dark Light

“Imagine if the bars to your prison were all you had ever known.
Then one day, someone appears and unlocks the door.
If they have the power to do this, then are they really the liberator?
You never remembered who it was that closed you in.” 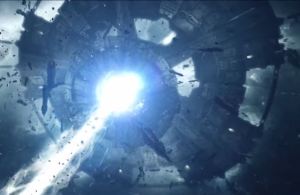 Finally, the seventh event, “return of the dark light from the heart of the mother” is both ominous and telling. I think this will be directly related to the opening of the first gate. It is obvious that Jamyl Sarum, and thus The Other, know exactly what will happen with that gate. In The Prophecy trailer it is made very clear that the Amarr Empire (read: either the Empires, or the Other, or both) are not happy with that gate being opened – and not just for simple “because power is bad” reasons – it is implied given the level of hardware that the Amarr throw at it that this is, as Macaper would put it, apocalyptic stuff.

So here’s my furthest out on a limb tinfoil. I do think that “the heart of the mother” is a return to Sol or the opposite end of the EVE Gate. But what is most curious is “return of the dark light”. That means that the dark light used to be here. It is known, somewhere in ancient history.

What if the EVE Gate didn’t collapse? What if it was destructively closed … from the New Eden side, in a desperate bid for survival as a destructive force sought to pour through it? And now, full of hubris, we hope to reopen it. Maybe the Drifters are here not to attack us, but to prepare us for the day when we have to flee to another new space, drifters ourselves, as the dark light we allow in when we open our cage devours New Eden.

29 Responses to The Pathway to The Next