The Part In Which I Flip My Desk 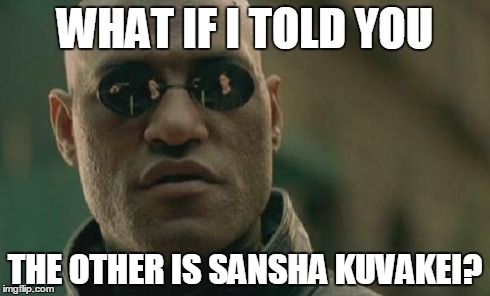 So … I have off work this week (Thanksgiving week US). I had grand ambitions. Catch up around the house. Catch up on EVE. Write a Pod and Planet entry. Write a bunch of blog posts on Rhea.

I re-read the relevant Templar One passages after Tarek Raimo posted his excellent summary of Jovian/Sleeper history on Crossing Zebras.

I did a crap-ton of research that some day I will tell you about. Hopefully some day soon.

I had a theory. It was pretty massive but pretty solid. I built an outline of four posts based on something I have long believed was tied into the EVE story from very early days, the Parable of the Prodigal Son.

I started writing. It didn’t flow at first. I had four posts going simultaneously. I switched to Word, something I never do, but there were too many separate threads for WordPress.

I was also supposed to be catching up on some home paperwork.

My story all fit together, despite being frightfully complex. But there was one niggling little thing bothering me. I couldn’t quite place it. It was right … there. Somewhere.

Then I found it. Two different dates from one source, the first of which didn’t make any sense.

July 9, 2010. Why was that important? I looked everywhere I could. Nothing. What was closest to that that could be interesting?

Oh, crap. June 26, 2010. Mouse Nell. No … for my theory connections to be solid, it was very important that Sansha Kuvakei remain separate. He would confuse the metaphor and bring half the house of cards falling back in on itself.

I re-drafted and re-drafted again. I opened two more ancient discussions, on the old EVE Forums and eve-search. Three very old news articles. No, screw it. I will remain focused. Sansha is irrelevant to this.

My kids are now home, and my wife is reminding me we’re off to dinner and some Thanksgiving charity work tonight with the family. I’m about to shut down and Corbexx pings me with a new news post from CCP Falcon: “Unusual Nation Activity in Oasa“.

And of course, I can’t even tell if this is a troll because CCP Fozzie already proved that they like to throw me the fishook. I’ve frozen all my speculative posts in Draft. You’ll have to wait until next week for most of it. Maybe the physics post I’ll still do this week, that’s not affected by Kuvakei.

But I’ll be working on a Pod and Planet entry instead of a speculation post over Thanksgiving weekend. At least I have a chance of winning ISK there. And the deadline is sooner.

Fozzie, Falcon, Abraxas … I’m trying to decide whether I love you or hate you. Probably both.

5 Responses to The Part In Which I Flip My Desk