For those who might not already be aware, I started a set of ugly ships contests. You can read the rules and vote for the ugliest Destroyer on the original post.

As noted in the original, I’m focusing on the T1 ships – the winner (person with the best comment/justification) gets an ugly ship! In the frigate category, there are so many ships – and so many ugly ships – that I’ve broken the vote down into four separate polls, one per race. You can vote once per race, and the winner will get the ugly vote winner in the race of their choice.

Remember you have to comment to win – my vote and justification after each poll. NOTE: On your comment please include your in-game name or Twitter @name so I know where to contact you if you win! 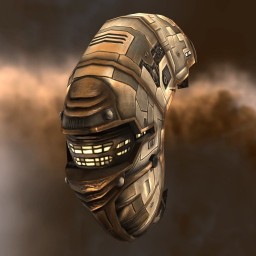 Tormentor – Why so serious?

My vote for ugliest Amarr frigate goes to the Tormentor.

There were really only two possible choices for me here, the other being the Inquisitor. It’s a pretty close race. Both are sort of a goofy arc-shaped design. In the end, however, the Inquisitor is longer and has a “swept back” longer top, where the Tormentor is short and stumpy and has a goofy “smile” from the front view like some goofy imbecile. The equally stupid “smile” on the back makes it the winner (loser?). The Tormentor does have cooler engines however.

The Crucifier comes in a distant third. It is a bit odd – almost like an Amarr/Minmatar hybrid design with its “spare parts” look – but it’s odd in a cool way.

I’ve always thought that the Executioner, Magnate and Punisher were good-looking ships.

Griffin – Let’s see … what do we have around the hangar we can use to build a ship?

Like the Amarr, this comes down to two choices for me: in this case, the Bantam or the Griffin. The Bantam is like the sad, first-draft version of the Merlin that wants to be cool when it grows up. But despite the fun I’ve had in the ship and its proven effectiveness in battle, my vote goes to the Griffin for its cobbled-together  spare parts look that would make Minmatar engineers proud.

The Heron is an unusual design, but not ugly or n need of a redo. The Condor, while a bit lopsided, isn’t too bad – and is helped by some cool video appearances in things like Future Proof (OK, it’s a Crow, but we’re talking hulls here). The Kestrel is a bit unusual but has a cool sinister sort of vibe to it, and the Merlin is an attractive ship (which is probably why CCP likes to feature it in videos).

Imicus – Three words: What. The. Hell?

Ah, the poor Gallente. When it comes to frigates, they got more than their fair share of ugly. The hands-down winner, the ugly among the ugly, has got to be the Imicus. It’s lopsided. It’s asymmetric, and not in a cool way. I bet it would fly in an aimless, uncontrolled circle if you actually built it. CCP: This is not edgy, it’s pure ass-ugly. Straighten it out, put another “stabilizer wing” on the other side and it might be serviceable. Or you can just make all the stations that construct the thing destructable and I will personally make it my mission to blow them all up.

While the Imicus is the king of the ugly Gallente frigate lineup, there are others that are little better. The Maulus looks like some sort of futuristic elephant head armor; henceforth I shall call it “The Dumbo”. The Navitas isn’t pretty either, but it does have an oddly Jovian vibe to it, which appeals to my lore-monger side.

The Atron would look awesome if it was symmetrical copying the port side – that wing is cool, and the other side is a hunchback clubfoot. Why (Psst, CCP – easy fix! Just copy the left wing!)?

The Tristan is an unusual design, but it works and has a distinctive look. Only the Incursus is what I can honestly call a “cool looking” Gallente frigate, and even it has a serious issue – yes, the giant spear. Seriously, what is that? Apparently this should have been the ship called the Stabber. Or maybe the Jouster.

So… I already got in a Twitter argument about this one, and since I made the argument I’m sticking to it here.

Fine, I’ll admit it. The Burst is actually the ugliest scrapheap of a ship, maybe the most laughably rusty piece of crap in the game.

But remember my original premise – this is about a redesign. And the Vigil desperately needs a redesign. The Vigil is an awesome ship that I loved flying before I could get into an Interceptor.

But ever since my brief flirtation with ninja salvaging, I’ve just thought of it as the Smiley Stick Man. Another easy fix here, CCP! Take the “legs” off, level them horizontal, do something with the “pot belly” (like get rid of it), and you end up with something approximating the look of the Amarr Executioner, but with a Minmatar flare. Please?

The Breacher is not far behind the Vigil and Burst for remarkably poor looks and design. What is that, a radio tower with an observation deck strapped to a rocket?

As regular readers of this blog know, I have a soft spot for the Probe, Rifter and Slasher (and their variants), and while none of the three are perfect, I can at least stand to look at them when I fly them.

I have to go with the Imicus. Seriously, what the hell?

What do you think? Ugly ship pilots, sound off!

This entry was posted in Art, Commentary and tagged Community, EVE Online. Bookmark the permalink.